ELKINS — An Elkins company has once again been a major supporter of an organization that works to raise money for area communities. 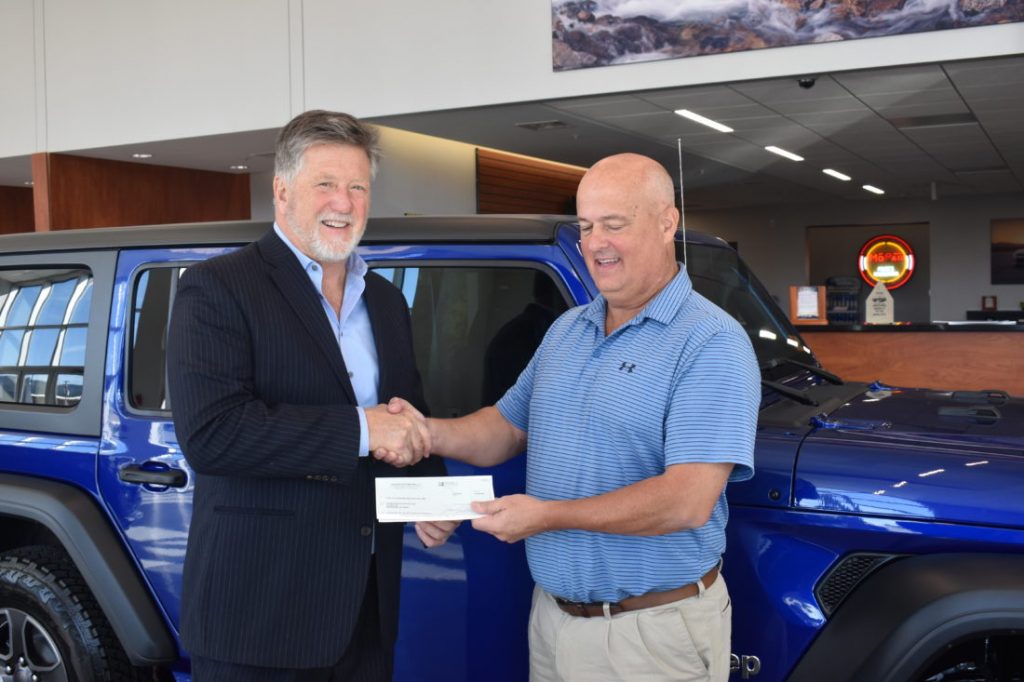 Voras Haynes, vice president of the Snowshoe Foundation, received a contribution from Jim Jackson, Elkins Auto owner, to support the annual “Treasure on the Mountain” raffle. For the past several years, Elkins Auto has served as the corporate sponsor for the annual fundraiser.

“Elkins Auto, the last several years, has sponsored our ‘Treasure on the Mountain’ raffle which we do as part of the Snowshoe Foundation. It’s our main fundraiser. Through this, the past several years we have been able to raise over $200,000. This past year, we had a record year of $242,000 that we were able to make through our raffle,” Haynes said.

“The funds go back into the community in Webster, Randolph and Pocahontas counties. We are in the process of passing out our grants and the other day we had $25,000 going to the Elkins Depot for their new pavilion so that’s one of the things we do,” he continued. “We give a lot of money away – $50,000 per year – in scholarships between Davis & Elkins College and the students who apply individually for those. We also do a smoke detector, carbon monoxide detector program. All the kindergartners in all three counties get a smoke detector, carbon monoxide detector that they take home and put up. Typically the local firefighters come out and present those so the students get excited.”

Justin Jackson, Elkins Auto general manager, said the company is proud to support the efforts of the Snowshoe Foundation.

“The Snowshoe Foundation assists with many great causes in our area including funding technology for our schools, smoke and carbon monoxide detectors for all of our kindergartners, playground equipment and scholarships for our students among other great things the foundation supports,” Justin Jackson said. “These funds are necessary for our community and we are proud to support all the Snowshoe Foundation efforts.”

Haynes added that none of the projects to give back to the community would be possible without the “Treasure on the Mountain” fundraiser and support from Elkins Auto.

“None of this is possible without the ‘Treasure on the Mountain’ raffle and without the sponsorship of Elkins Auto and all the help they’ve given us in the past to make that happen. Without them we wouldn’t have been able to get started. We’ve always featured Ford, Dodge and Jeep vehicles. One of the years we had an early Shelby Mustang that was really quite the attention-getter,” Haynes said.

“When you are buying a ticket and you have a chance to win anywhere from two to four brand new vehicles, anywhere from $20,000 to $60,000 in value, it is a pretty exciting ticket. In order to get that word out, we had to have a corporate sponsor and Elkins Auto has stepped in and filled that bill for us over the past several years. It’s been really important to have their help.”

“This couldn’t be done without all of the support of the communities of Randolph, Pocahontas and Webster counties, or without our corporate partners like Elkins Auto. Jim and Justin Jackson have worked with the ‘Treasure on the Mountain’ since the beginning and the raffle would not have had the success we have without Elkins Auto as our corporate sponsor of the event,” Jessica Stump, Snowshoe Foundation executive director added. “This is a large financial commitment on the part of Elkins Auto, but the Jackson’s realize how important the funds are to the charities and non-profits that benefit from The Snowshoe Foundations annual grants.”

Haynes said the Snowshoe Foundation comes from the desire to help area communities where Snowshoe Mountain Resort employees hail from.

“The idea of the foundation itself was to help the areas that Snowshoe employees come from, which again is Randolph, Pocahontas and Webster counties. Those counties, in Randolph County in particular, where we don’t have a levy for the students, the foundation is able to step in and help with some of the computer things and things that the school typically wouldn’t be able to get without someone stepping in and helping out,” Haynes said. “Snowshoe, with their sponsorship, puts this together and we are able to come up with that kind of money that we’ve passed out — more than $2 million since the foundation has been around. It really means a lot to the community.”

“The Foundation has raised and distributed over $2 million since its inception, to our customers, neighbors and friends, and a successful ‘Treasure on the Mountain’ is necessary to raise these essential funds,” Jim Jackson added.

Plans are already being made for the 2019 Treasure Raffle and grants to area non-profits will be awarded in December. More information about the foundation and grant recipients can be found at www.snowshoefoundation.org. 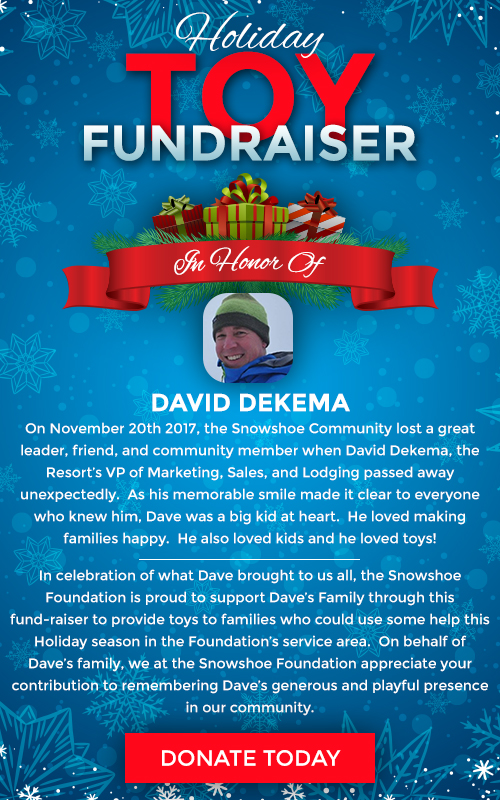 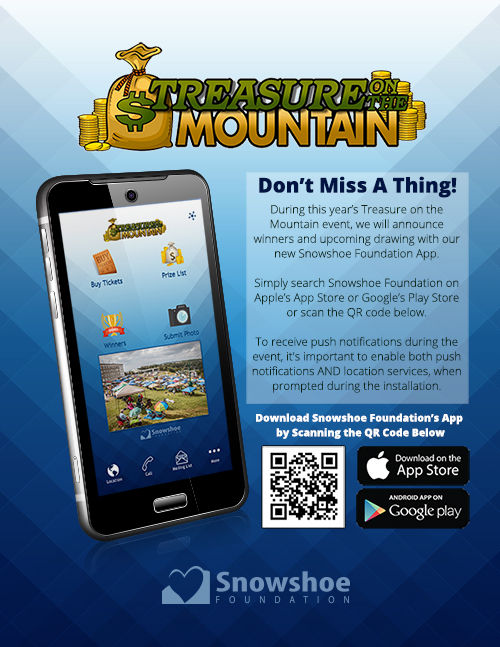